Menu
Events
Latest topics
» Discord Group with Yugioh Tournaments and Teams if anyone is still around
by link510 12th March 2020, 10:03 pm

This is where the tournament will be held, beginning on Monday, 11/11/2013. Anyway, here's how the teams will be displayed:

Shown above is members and points. Anyway, post your duels in this fashion. EXAMPLE:

FIRST PLACE:
1000 DP, Dorm-Up (Caps at Obelisk, meaning obelisk will not be promoted onward to pro-league), and a "Tag Team Champion" user bar.

The Life Less One
AzureBerserk
Jon101

BANNED LIST:
There's going to be some extra banned cards to avoid over-powered and broke stuff.

Banned Cards:
All Dragon Rulers. ALL of them.
Magic Cylinder
The Creator God Of Light, Horakhty

(the reason I'm limiting the Gods and Chaos Phantoms is because they're really powerful, and with certain cards, can be summoned, or even first turned very easily.)

Semi-Limited:
Dragged Down Into The Grave
High Priestess Of Prophecy
Constellar Pleiades ( very consistent card with the ability to bounce cards)
Battlin' Boxer Lead Yoke
Herald Of Perfection
EvilSwarm Ophion
Fire King High Avatar Garunix
Judgment Dragon (sorry, Lightsworns :(but I mean come ON, 1000 lp and all cards on field gone? Then it's 3000 damage to your opponent, unless they have the slim chance of Effect Veiler or Gagaga Gardna.)
Grapha, Dragon Lord of Dark World

The finals are now starting. Here's how it'll work:
The members of each team will be numbered.

Tomorrow or the day after, I will roll dice until we have match-ups. The first roll Bossmode, 2nd will be the person from AFK who faces that person, 3rd roll Bossmode, and so on. These will be matches. After the first round, if there are members from BOTH teams left, we will roll again. Think of the finals as sort of a screwed up bracket. See, I'm not doing whoever gets 2 wins in finals wins. I'm doing the finals last man standing. HOWEVER, if an admin, such as l Pkin l or HokageRune disagrees with this, I will change it. And I can see why they would disagree, as the prize goes for the whole team.

IMPORTANT NOTE: WE ALSO NEED SOMEBODY TO MAKE THE PRIZE USERBARS. 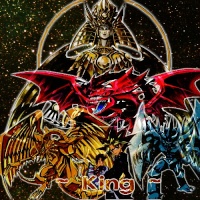 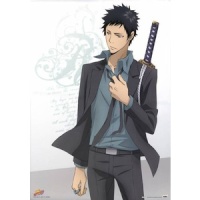 How about some Constellar bans? 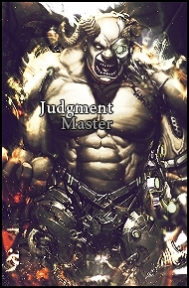 Also i see herald of perfection isn't limited or banned which is a great thing for me. Also constellar bans aren't required since even though they have been consistent this format i believe decks like spellbook prophecy which i plan on using can beat them. Since other tier 1 decks such a fire fist are allowed i see that people may choose to use such decks.

Limited
Advance Ritual Art - great way to summon herald of perfection. Send megami to grave and you waste no negates from your hand which u normally would with dawn of the herald.

Banned
Black Luster Soldier - Envoy of the beginning --> This guy can steal wins and that is the truth lol. Should be banned and many believe he should be on the ban list in real life. Konami should exile him xD

NOTES: SPELLBOOKS FTW!!!!
I can sense the 1000 DP coming right towards me

The only deck i sense a danger from are:
Constellars, Dark Worlds, Fire Fist and Spellbook Prophecy and Evilswarm ofc lol. 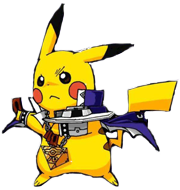 You sure? The rank-up idea might be a hassle to the members I think. Deciding who should get it and all. I think that the winning team goes into the Hall of Fame and instead of the rank-up idea, maybe think of something else. xD
_________________

I agree with pez

im gunna leave coments about the ban list, i think its a scrubs list to be honest the fact you banned all the dragons is stupid because you have weakened so many decks, when you could just make a special rule stating only one attribute of dragon ruler can be played in a deck, magic cylinder doesnt make sense and the fact that horakthy is banned doesnt make sense when you made it clear we cannot use win condition decks.... horakthy is a win condition if you didnt know, and looking through everyones suggestions its derp, i dont see why grapha should get touched after all if grapha was that bad konami would have done something a long time ago, the constella monster i get but i dont give a shit about because its constella oh wah, and the fact lifeless one is just saying every decks leading play should be limited is stupid no it shouldnt be like that over wise this tourney would be to easy, if your gunna make a ban list you should look at it from a competative point of view instead of a rogue as shit one
_________________

well pez grapha is something konami do not touch just becoz if u ban or even limit it then dark world decks are completely useless. They top but not as often as Dragon Rulers or Spellbooks or Mermails
_________________

~King~ wrote:Thanks, everyone. All suggestions have been considered and/or used.

I told u not to use my suggestions lol but ofc u still do it and why is magic cylinder banned? lol
Also plz semi-limit Abyss Megalo lol and semi-limit AbyssLinde (best deck summoner in mermails)
Furthermore i suggest you semi-limit lightpulsar dragon and ban BLS and Sorceror if ur goin to semi-limit all those cards. Since without them vhaos decks will be too freakin OP in the tourny. So to balance these changes plz do them following changes lol
_________________

Who is online?
In total there is 1 user online :: 0 Registered, 0 Hidden and 1 Guest